Tell Your Legislators: E-Verify is Wrong for WV 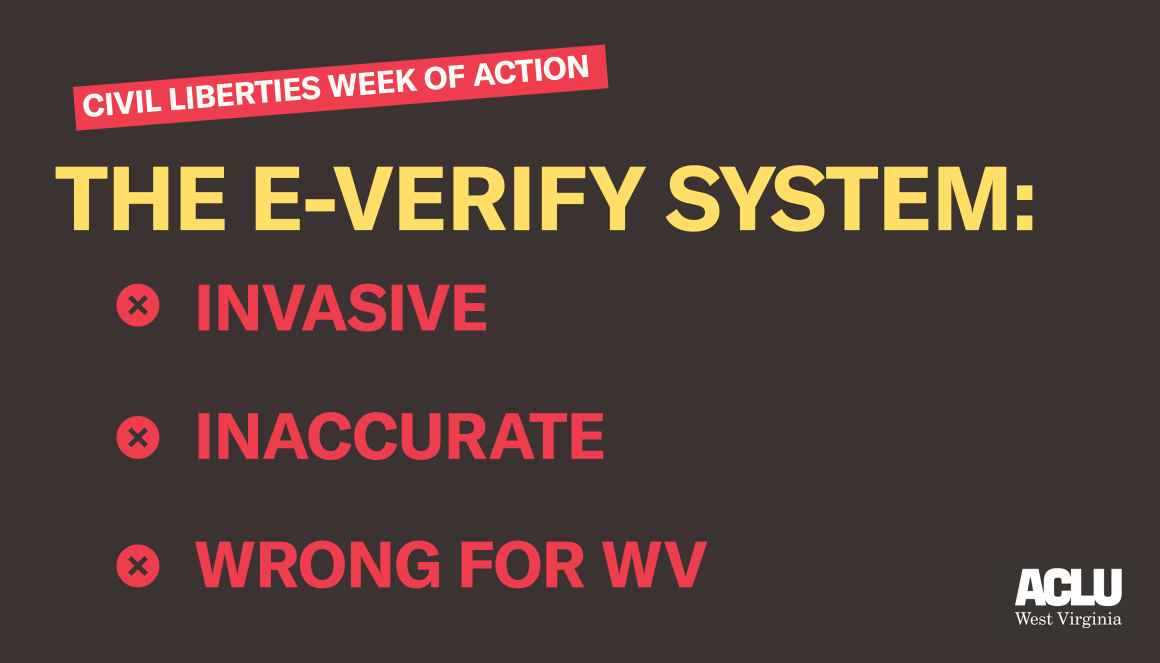 The E-Verify system is unreliable and unacceptable as a means of verifying work authorization.

This system is rampant with data errors. In 2012, U.S. Citizenship and Immigration Services estimated that 1 in 400 cases wrongly determined an individual was not authorized. With 717,000 workers in West Virginia, that means nearly 1,800 eligible workers could be wrongly flagged.

Errors are often caused by name changes, transliteration problems from non-Roman alphabets, or simple typos. E-Verify errors have a discriminatory impact on foreign-born workers. The Government Accountability Office has found the initial non-confirmation rate for employees who were eventually authorized to work was about 20 times higher for foreign-born applicants.

If the state wants to block a job applicant from working, the burden should be on it to establish ineligibility. “Innocent until proven guilty” is a core principle in our society. E-Verify turns this principle on its head and requires workers to prove they are eligible to work.

SB 48 would require the state’s construction industry to use this unreliable system for work verification. Contact your legislators and tell them to oppose this bill because E-Verify is invasive, inaccurate, and wrong for West Virginia.

WV is the Only State that Prohibits Houses of Worship from Incorporating. Here’s Why that Should Change.

Forty-nine of 50 state constitutions now allow houses of worship to incorporate – an administrative process that protects individuals from personal legal liability, sets up formal rules of corporate governance and more.

See What We're Tracking in the 2023 Legislative Session

Keep up to date on everything the ACLU WV is watching during the 2023 Legislative Session!

House Bill 4615 is titled the West Virginia Critical Infrastructure Protection Act.  It should be known as the Pipeline Protest bill.

Senate Bill 94 (Providing persons with physical disabilities ability to vote by electronic absentee ballot) has passed both the Senate and the House of Delegates.  Now it goes to the Governor to await a signature into law.