CHARLESTON, W.Va. – A new mural in downtown Charleston will celebrate the lives and many contributions of immigrants to the region. 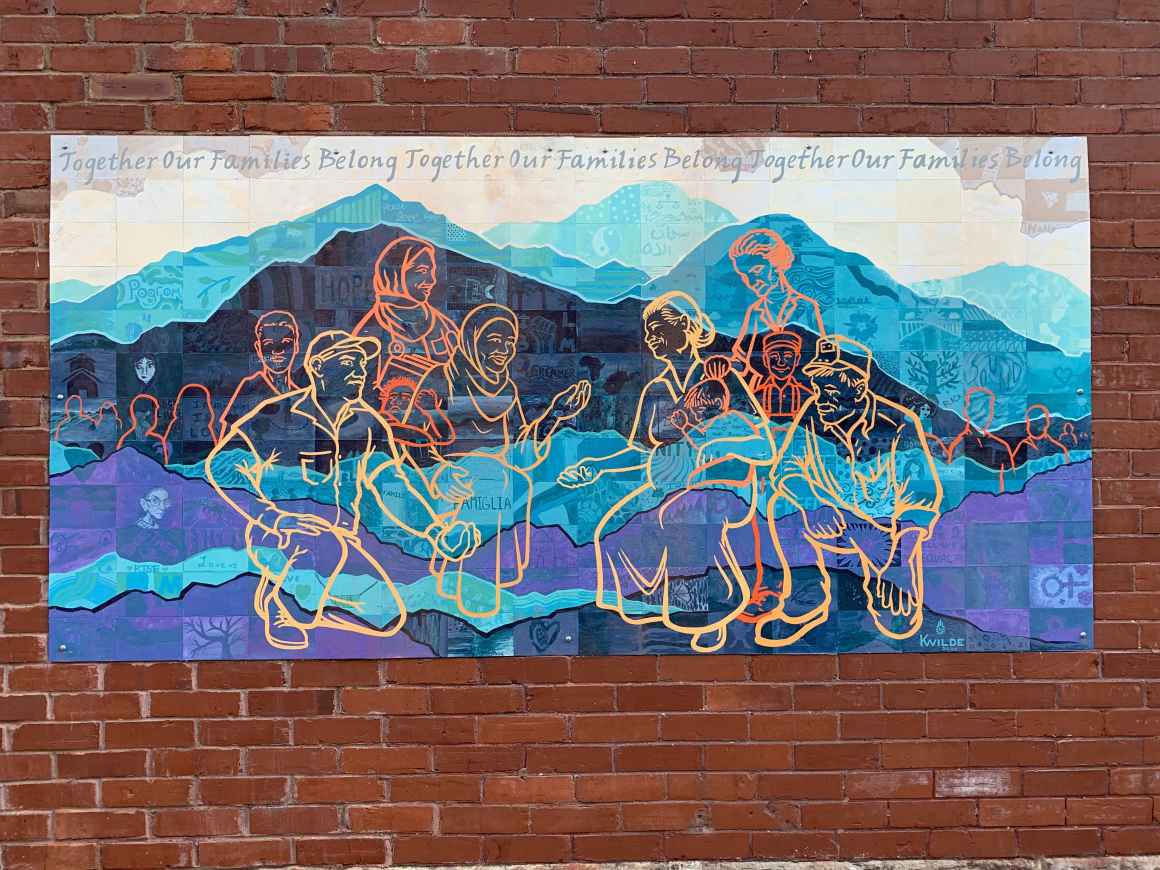 Each tile carries that individual artist’s message about inclusiveness. Together, the tiles form a colorful backdrop of mountains. Some tiles uplift the message of the Black Lives Matter movement. Some carry messages in languages other than English. One tile is dedicated to the memory of the late Supreme Court Justice Ruth Bader Ginsburg. The foreground of the mural depicts members of contemporary immigrant communities alongside a traditional West Virginia coal mining family. A message across the top states “Families Belong Together.”

The mural is located at 904 Quarrier St., the location of the old Blossom Diner,

Through UC’s annual Labor of Love initiative, all undergraduate students participate in community service work over the Labor Day weekend. Artist Keith Wilde, who designed the mural, said he wanted to create a project for the initiative that would enable UC students to participate while also adhering to social distancing guidelines. The project took on more meaning for him as the theme was developed.

“As a muralist, I am always trying to create imagery that is successful in visual terms but this piece also has something very important to say,” Wilde said. “That is very exciting and rewarding for me.”

Ibtesam Barazi, WVIRM president, said it was empowering to her as a Muslim to see a mural in Charleston featuring women in hijabs, one of whom is holding a doctor’s stethoscope. Barazi, who has lived in Kanawha County for several decades, painted a tile for the piece with the expression “Subhanallah” in Arabic.

“To a Muslim, when we see a beautiful, wondrous creation, we thank the Lord for its magnificence by saying this,” she said, adding that the mural is a beautiful representation of how people from different backgrounds can work together for the good of the whole community. “It truly touches my heart,” she said.

Charleston Mayor Amy Goodwin said: “Y’all means all in the City of Charleston. Our Capital City is a place where inclusiveness and diversity are celebrated. I’m glad that these groups have collaborated to create a piece of public art that is representative of our entire community and that I could personally contribute a piece to the project.”

Jackie Lozano, ACLU-WV Immigrants’ Rights Campaign Coordinator, said: “It’s easy for immigrants to feel unwelcome and even unsafe in the current environment in the U.S. This mural is a powerful testament to our worth as human beings and a statement that we have a place to call home in the city of Charleston.”

Hallie Chillag, Director of UC’s Multidisciplinary Studies Program and assistant professor of social sciences, said: “The mural also recognizes the importance of family in our West Virginia cultural story and celebrates West Virginia’s past and its future. Like the larger United States, our waves of immigration have come from different places, representing different identities and geographies, in different times. There are so many stories to tell about who we are and where we came from. I’m proud of a mural produced by students and community members that recognizes we are so much more than a single story and that we are a community that celebrates a spirit of welcome.”

Jeff Pierson, COPA director, said: “Public art plays an important role giving us our cultural identity. This mural tells a very important story by our community, for our community.”

The mural was paid for with private funds. 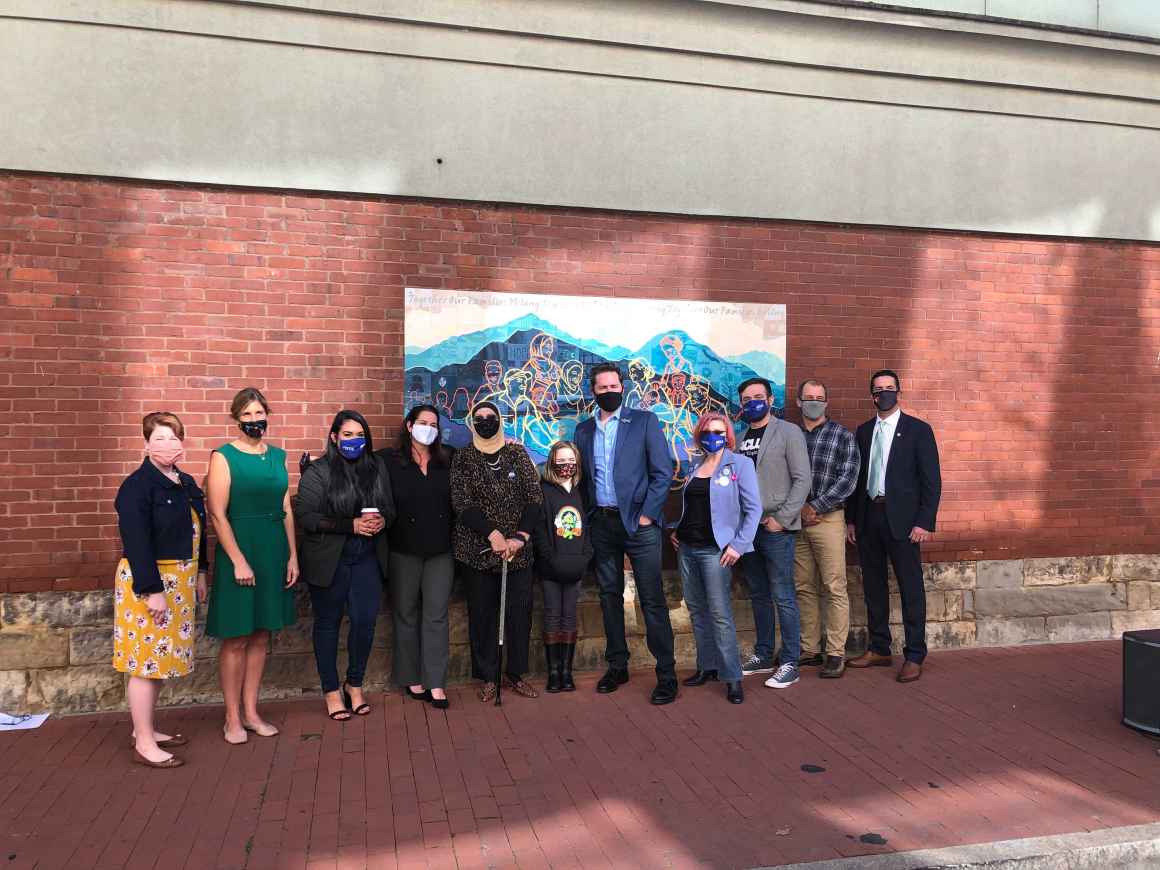